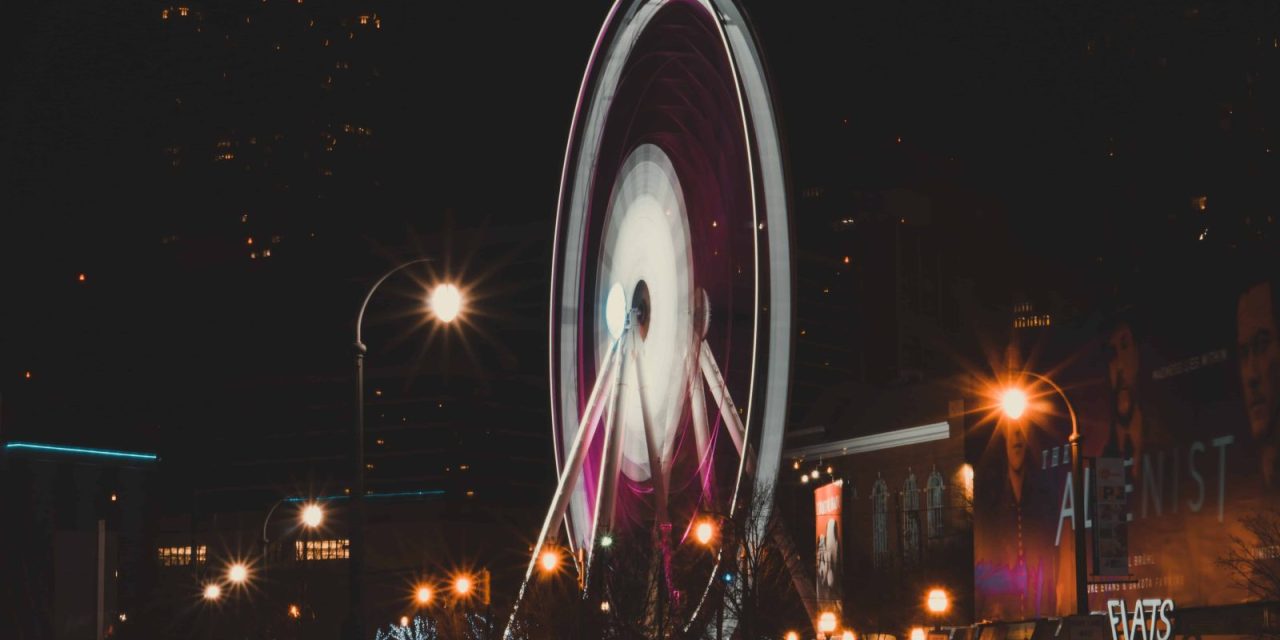 If you’re moving to or within Atlanta and aren’t sure which neighborhood is best for you, look no further. Here’s our ultimate Atlanta neighborhood guide.

So, what’s an Atlanta Neighborhood Guide?

Here’s the scoop. Even as Metro Atlanta spreads and sprawls, the heart of the city is still a hugely popular place to live and play. Atlanta locals call these areas “Intown.”

According to Wikipedia, Intown communities include “Downtown and Midtown Atlanta and the surrounding, mostly pre-World War II neighborhoods that contain unique destinations that draw customers from across metro Atlanta.”

Most Intown neighborhoods share a similar history. In the late 1800s, Atlantans rebuilt their city on the ashes of the Civil War battlefields. Factories flourished. Beautiful Victorian homes appeared. Parks bloomed. But, as in many cities, the rise of the suburbs brought a decline to inner-city neighborhoods.

Starting in the 1990s, Atlanta began revitalizing its oldest areas. Trendy businesses opened and new, modern apartment buildings popped up. A flagship piece of this effort is the Atlanta Beltline, a former railway corridor being developed as a multi-use trail. The Beltline runs through many of the Intown neighborhoods, bringing them together and spurring economic growth.

Find the Atlanta neighborhood best for you

Where to live: See available apartments in the Old Fourth Ward neighborhood.

Until 2010, Old Fourth Ward was a low-income area made famous as the birthplace of Martin Luther King, Jr. But with the construction of the Beltline came the revitalization of the neighborhood. It’s now a trendy hot spot with plenty of outdoor recreation, shopping, and dining. If you have a hard time knowing which restaurant to start with, the locals will tell you not to miss Two Urban Licks.

Location: North of Downtown Atlanta on the east side of the Downtown Connector

Where to live: See available apartments in the Midtown neighborhood.

No Atlanta neighborhood guide is complete without Midtown. Nearly 17,000 people can’t be wrong. Yep, that’s the current Midtown population estimate, and it’s only growing. From the High Museum of Art to the Peachtree Street commercial district to the clubs on Crescent Avenue, the action never stops. In the words of the Midtown Alliance, it’s a “true mixed-use, new urbanist, live-learn-work-play community.” Couldn’t have said it better ourselves. Confused on the difference between Midtown and Downtown Atlanta? Read about the difference here.

Rental Market: Midtown is the place for ultra-luxury high rise apartment buildings with incredible city skyline views. Average rent is $1870, but Midtown residents will tell you it’s worth the price.

Vibe: Young professional with a sense of history and community

Where to live: See available apartments in Inman Park neighborhood.

Inman Park has the distinction of being both Atlanta’s first planned residential suburb and its first electric trolley neighborhood. Think Victorian style mansions on large lots, curving streets and green parks. Today the community combines the old and the new. Just look at Inman Park’s reputation for outstanding restaurants like Barcelona, Kevin Rathbun’s, and Sotto Sotto.

Rental Market: Average rent in Inman Park runs at about $1700, but there’s a wide range. The neighborhood has its share of new luxury buildings with lofts and one and two bedroom options. Some private homes offer apartments for rent, too.

Location: Adjacent to and southwest of Downtown Atlanta.

Where to live: See available apartments in the Castleberry Hill neighborhood.

Until the 1980s, Castleberry Hill was just another aging warehouse district. But when the artist community fell in love with its arched windows and parapets, everything changed. Soon, old warehouses became lofts and art galleries. Nearly 40 years later, the neighborhood is a center of creative life, with art strolls and free concerts.  It’s even become a popular filming site.

Rental Market: Castleberry Hill is famous for its trendy lofts in converted warehouses. You can still find plenty of those, and there are some new apartment buildings, too. Average rent is about $1600.

Location: West of Midtown along the Downtown Connector

Where to live: See available apartments in the Home Park neighborhood.

Known as the “The Heart of West Midtown,” Home Park began humbly in the early 1900s for workers from the Atlantic Steel Mill. But when the  Atlantic Steel Company shut down in the 1990s, its gigantic site was entirely redeveloped into Atlantic Station, a chic center of shopping, dining, and entertainment. Home Park now has the best of tree-lined walkable residential streets along with extensive amenities on its commercial avenues.

Vibe: Upscale, but with a cozy, small neighborhood feel

Where to live: See available apartments in the Virginia Highland neighborhood.

Virginia Highland is so named for its busiest intersection, but you can show how cool you are by just calling it VaHi. While the neighborhood features preserved homes and bungalows from the early 1900s, the nightlife crowd is totally modern. The Highlands is home to a community of affluent young professionals and families.

Rental Market: VaHi has plenty of apartments for rent, including one, two, and even three bedroom options. Rent is pricier than other neighborhoods, averaging nearly $1800.

Where to live: See available apartments in the Grant Park neighborhood.

The Grant Park neighborhood is named for the large park that defines it. As with most other Intown communities, the beautiful Victorian homes were decayed and neglected by the late 1900s. Focused efforts to revitalize the park and the neighborhood brought them back to life. The park is a center of community life, but Memorial Drive features a fantastic selection of restaurants, bars and shopping, too. The reasonable housing market attracts young professionals and families alike.

Where to live: See available apartments in the Georgia Tech neighborhood.

Where to live: See available apartments in the Cabbagetown neighborhood.

So, why IS it called Cabbagetown? Urban legends abound, but the most common story goes back to the area’s roots. In the late 1800s it was the site of the new Fulton Bag and Cotton Mill. The mill’s workers, a tight-knit group of Scottish and Irish immigrants, lived nearby in small “shotgun shacks.” The story goes that the area often smelled of cooked cabbage from these cottages.

When the mill closed in 1976, the neighborhood declined with it. In the late 1990s, though, the area was revived with an influx of artists. The mill itself was converted into the Fulton Cotton Mill Lofts. Cabbagetown is a fairly new development, which is why you might be surprised to see it on this Atlanta neighborhood guide. Today you can find good food and good company on the neighborhood’s main road, Carroll Street.

Rental Market: The neighborhood is small, but rental options exist, including houses and apartments, averaging at $1400.

Location: South of Ga Tech and southwest of Midtown

Where to live: See available apartments in the Downtown neighborhood.

Downtown Atlanta is the ultimate in urban living. From the Victorian era buildings to the brand new skyscrapers, it’s the center of action in the city. Downtown has a few distinct areas, such as Fairlie-Poplar, South Downtown, Centennial Hill and Sono. While each one has its own special flair and flavor, they all have the high powered mix of restaurants, attractions and commerce that characterizes Downtown.

Rental Market: Downtown has a range of rental options: from townhomes and apartment skyrises to trendy converted lofts. Average rent is $1740.

Where to live: See available apartments in the Buckhead neighborhood.

Is Buckhead really an Intown neighborhood? Although purists will tell you that it’s too far away from Downtown, no one can dispute the urban nature of the area. It’s Atlanta’s third-largest business district after Downtown Atlanta and Midtown, and comprises one-fifth of the city. Call it what you want, but Buckhead residents enjoy the high-end shopping, world-class dining, and happening nightlife of a city neighborhood.

Rental Market: Don’t be discouraged by the huge mansions you’ll see in the “Beverly Hills of the East.”  There are lots of apartments for rent, too. Average price is $1870 and includes many luxury buildings. But with over 41 different neighborhoods, you can find modern, classy options on the lower end of the spectrum, too.

Don’t want to waste 30+ hours searching for an apartment? Reach out to AptAmigo and speak with our team of Atlanta Relocation experts!  We specialize in helping busy people like you find their dream apartment. If you’re moving from out-of-state, we’ll even tour buildings for you and send videos! Learn more about how it works below.