An Inside Look at the Chicago Rental Market 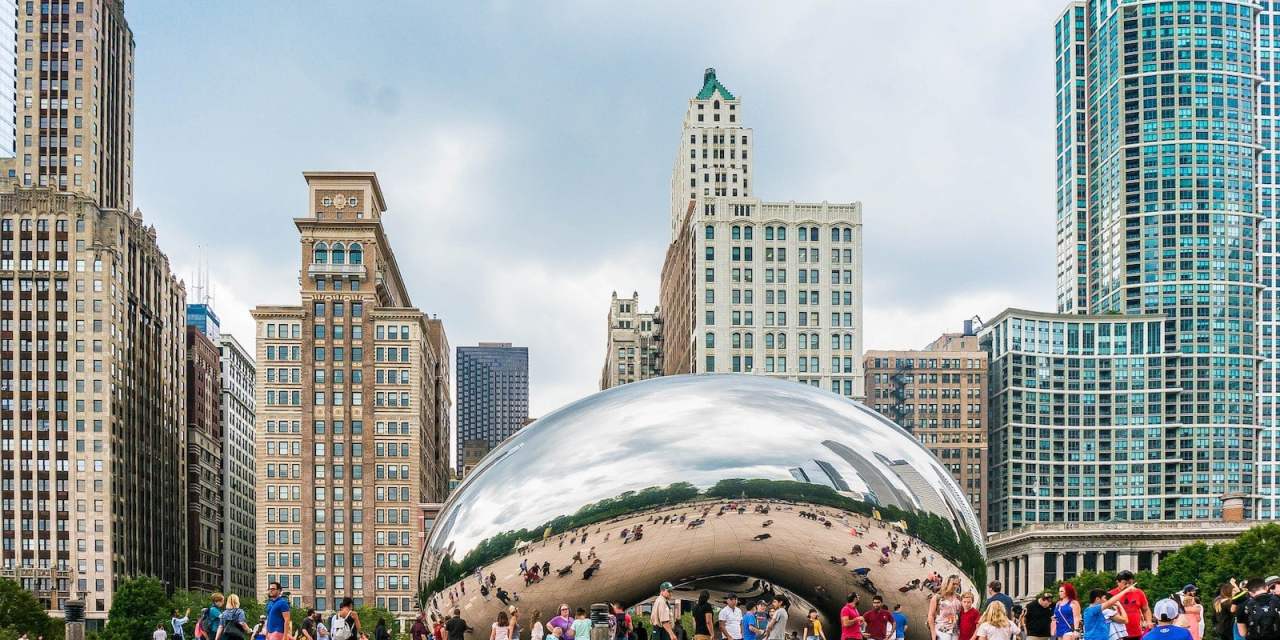 The Chicago rental market had a wild 2019, and 2020 should be no different. This 2020 Chicago Rental Market Update will fill you in on what to expect in the next year.

As a renter myself, I often ask what all of the new construction – and cranes – mean for me. Should I look in to new apartments in South Loop because so many new buildings are going up near Grant Park? What time of year should I have my lease expire? What’s the next hot neighborhood? Where are the best deals?

We’ve got you covered here at ApAmigo.

Well, the Windy City added over 10,000 new apartments and frankly we weren’t sure who was going to live in a lot of them. (SOURCE: RENTCAFE)

Why did this happen?

In this real estate cycle (since about 2012), real estate developers and employers nationwide have realized millennials are saddled with student debt, are more geographically mobile than ever before, and really want the convenience of city life. Our generation is delaying marriage, delaying children, and delaying the purchase of our first home. We don’t want the suburbs!

Employers and employees are also realizing that Chicago’s cost of living vs. quality of life is pretty compelling when compared to New York City, San Francisco, and several other high priced cities on the coast.

As an aside, I’m from the San Francisco Bay Area and have loved living in Chicago for the last nine years, unfortunately it looks like the secret is getting out.

As a result, you have major employers like McDonald’s moving their headquarters to the West Loop. Facebook, Google, and Motorola (and many others) are also moving downtown from the suburbs and/or investing heavily in downtown office space. As a result of these changing preferences, developers have shifted focus from condo and single family home development in 2002-2008 to luxury apartments in downtown urban areas.

That’s why we think 10,000 new apartment units hit the Chicago rental market in 2018, the majority of which were at ‘luxury’ price points closer to downtown.

Why ‘luxury’? Land in Chicago is expensive and construction costs are among the highest in the country, which means the only way to make the numbers work as a developer is to charge ‘luxury’ prices and/or make units smaller.

There’s more to it than this, but in general these are the trends driving the construction of larger (200+ unit) buildings that generally have smaller units and unbelievable amenities across downtown Chicago.

At the beginning of 2019, we thought developers might be saturating the high-end of the market, but those new expensive buildings filled up!

How did that happen?

Well— let’s start with what had to happen. A lot of highly paid people and jobs moved to Chicago, even as net migration turned negative citywide. Anecdotally, I never thought I’d see 1-bedroom apartments rent for over $3,000/month in Chicago when I moved here from New York City in 2010. But they’re here (at One Bennett Park, 465 N Park, 2 W Delaware, to name a few) and they’re renting!

That said, a lot of developers were more than a little worried throughout 2018 as competition intensified and buildings began to offer amazing deals, even in the peak summer months. Importantly, buildings held firm on ‘headline’ price (the price before rent discounts are included). The prevailing attitude seemed to be, ‘let’s advertise high prices, fill up our buildings with great deals, and then try to raise the price at renewal time’. New buildings led the charge with offers of up to 2 months free rent, 6 months free parking, free utilities, waived app/admin fees, gift cards, and even commuter cards. Slightly older buildings had no choice but to follow suit. They were losing a lot of tenants to these shiny new buildings (and deals) next door!

While this was happening, many of the smartest and most experienced Chicago real estate developers started to get worried. All of a sudden, a ton of these apartment buildings were up for sale, many of which stayed on the market longer and sold for less than expected.

Kenect, 1001 S State St, Jones Chicago, Burnham Pointe, North Harbor Tower, and Park Michigan, are just a few of the buildings that have changed owners since 2018, many of which at insignificant premiums to what they cost to purchase or build.

So what did this all mean for renters? That there were great deals out there, if you knew where to look (there still are, and we know where to find them!).

Let’s start with what won’t change: the Chicago rental market will be extremely seasonal!

As far back as we can remember (including in 2018), pricing tends to be 15-20% higher from April to September than it is from November to February. That’s not going anywhere. The vast majority of net migration to Chicago happens during the summer months, when it’s not 50 below zero. Chicago landlords know this and manage pricing and lease terms to expire in the summer.

What does that mean for you? If at all possible, try to have your lease expire during the winter so you can save some extra money at renewal time. Historically, reasonable winter pricing meant fewer available units, but with all this new downtown construction, that really isn’t the case anymore.

So what should you expect for the 2020 Chicago Rental Market?

According to Curbed, the Chicago rental market is on track to add another 4,400 ‘luxury’ apartments in 2020 (SOURCE: CURBED). Does this mean you’re about to get a steal on a brand new, beautiful apartment in River North or Streeterville? Probably not. But you might be able to find an amazing deal in South Loop (Over 2,000 new units) or West Loop (Over 1,000 new units) if you play your cards right.

South Loop will be a fascinating neighborhood to watch in 2020. Many of Chicago’s newest and nicest buildings are opening within half a mile of one another. Meanwhile, many of 2018’s newest buildings (also in the South Loop) are still renting out some units for the first time.

In short, there are currently some amazing deals to be had in the South Loop and we think there will be more to come throughout the year. However, we expect pricing to remain high in many of the other downtown neighborhoods.

Lastly, we expect a lot of people to move this year due to the expiration of their ‘great deals’ at the many brand new buildings that opened in 2018, which could mean that pricing comes down a bit later in the year. This could also potentially drive prices down during peak season if buildings experience even more turnover and lower demand than expected, so stay tuned!

If you’re considering a move because of a rent increase, want to try out a new neighborhood, or just want to talk to one of our experts to see what’s going on in the market, don’t hesitate to reach out!

P.S. We put together a quick neighborhood update for South and West Loop covering the new construction taking place in those two areas. You can see our comprehensive Chicago neighborhood guide here.

AptAmigo take: The deal and luxury apartment capital of Chicago.

Because South Loop has only been developed in the last fifteen years, a lot of empty lots have rapidly been developed into apartments since 2008. In 2018 we saw Alta Roosevelt, The Cooper, and 1140 Wabash offer some of the best amenities and value in Chicago. In 2019, NEMA (800 units!), The Paragon (500 units), Essex on the Park (479 units), Wabash and 14th (261 units) will all come to market in the South Loop and some of their amenities need to be seen to be believed.

While South Loop has not traditionally been a hotbed for dining and nightlife, a lot of new bars and restaurants are chasing the construction and moving in. Eleven City Diner and Flaco’s Taco’s are AptAmigo favorites.

Why you should live here: Convenience and Value.

Convenience: Grant Park is right around the corner. Multiple grocery stores. Access to all of the CTA lines at Roosevelt Station. Easy paths to 90/94 and 290 for you suburban commuters

Value: With over 3,000 new units coming to market in 2020 (and over 1,500 in 2018), all of which are mere blocks from one another, we’re already seeing fierce competition for renter attention. Some of the best deals at the absolute nicest buildings in Chicago are available in the South Loop. Let us know if you’d like to find out more!

Since I moved here in 2010, it’s safe to say that the West Loop has probably changed more than any other neighborhood in Chicago. Historic meat and fish warehouses have made way for Google’s Chicago campus, some of the best restaurants in Chicago, a Whole Foods, and an amazing array of restaurants and bars on Randolph Street.

Unfortunately, apartment development hasn’t met the demand of West Loop’s growth, so prices have grown dramatically for renters the past few years. That said, 2020 could provide some relief with 727 Madison (492 units), Milieu (275 units), 845 W Madison (586 units), Unit West (358 units), The Mason (263 units), and The Van Buren Residences (148 units) all coming to market.

Timing your move to the West Loop could be very important in 2020, with many of these buildings opening in May or later, which means deals aren’t quite available yet. Check in with us if the West Loop is on your radar!

Why you should live here: Because you never have to leave to get the best of Chicago. Commuting is a breeze.

Why you shouldn’t live here: Because you might not ever explore the rest of the city (it’s a problem), potentially overpriced.

Written by Dan Willenborg, CEO and co-founder of AptAmigo

Now that you know the 2020 Chicago Rental Market Update—let’s find you an apartment in Chicago. AptAmigo can help you find the perfect place in half the time. Talk to a real person, get VIP service, and love where you live. Click below to learn more.

About the Author
Dan Willenborg

Dan became the CEO and Co-founder of AptAmigo in 2015, after earning his MBA from the University of Chicago's Booth School of Business. Since then, AptAmigo has twice landed on the Inc. 5000 list of fastest-growing companies in America. These days, you can find him spending time with his kids, staying on top of rent trends, and exploring Austin, his new home city.