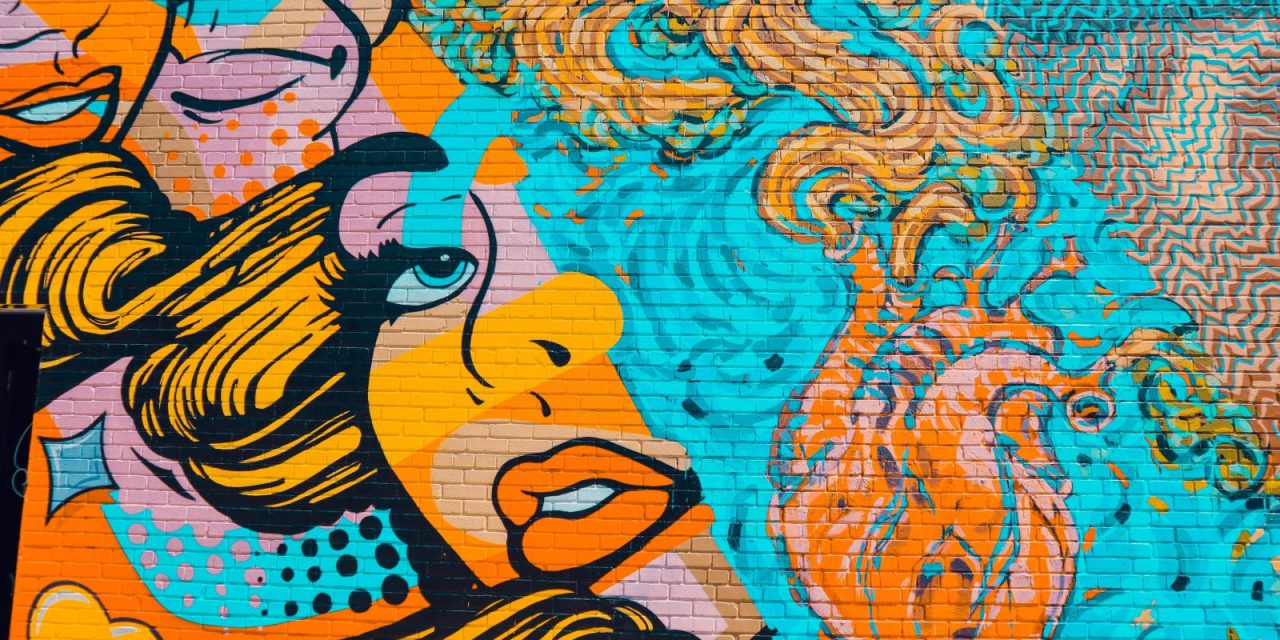 Street art, or public art, includes a variety of mediums, such as graffiti, murals, sculptures, and more. These artworks can function as sacred spaces, places of humor, or cool spots to take a quality selfie, but almost always signify spaces of community. Living near areas of such vibrancy means you reside in the vicinity of some significant cultural landmarks, which also form part of Austin’s unique history.

While an entire culture of Austin street art worth exploring and admiring thrives, we compiled some of our must-see favorites in a few neighborhoods across this eclectic city.

Whether you already narrowed down your apartment search to a specific area of Austin, or still need some guidance, AptAmigo will help you make that oh-so-important decision of where to call home next.

Jeremiah The Innocent / The “Hi, How Are You?” Frog

Painted in 1993 by local indie musician and artist Daniel Johnston, “Jeremiah The Innocent” was commissioned to adorn the then record store, Sound Exchange. Even though the building changed hands over the years, each new owner committed to keeping the mural alive. The amphibian doodle also appeared on the cover of Johnston’s 1983 album and made national headlines after Kurt Cobain wore a t-shirt featuring Johnston’s “Hi, How Are You?” Frog in 1991.

Arguably Austin’s most recognizable mural, the frog has since become a symbol for mental health awareness as well as pride for Austin’s well-established music scene.

I Love You So Much

Amy Cook spray painted the words “I Love You So Much” on the south wall of Jo’s Coffee after an argument with her partner, the shop’s co-owner, Liz Lambert. The spontaneous proclamation quickly garnered attention that led to tons of Instagram posts and a few copycat murals.

While the piece was vandalized and later repainted to restore the original sentiment, it continues to function as an incredibly popular gathering spot. This piece of Austin street art

memorializes our love and care for the places and people most dear to us.

Located on the south side of Stag Provisions for Men, artists Jacqui Oakley, Erick Montes, and Joe Swec painted this Willie Nelson tribute in 2016, ahead of Austin’s largest annual festival, South by Southwest, or SXSW. The mural was commissioned to serve two purposes: to commemorate Willie’s integral role in the cultivation of the Austin music scene and to provide a moment of levity amidst the chaos of the presidential election of the same year.

Nelson has long stood as a symbol for all that is glorious about the Lone Star State and its Capital. Graffiti and murals all over the city pay homage to the legendary Texas musician, but this piece stands out for its playful message and striking execution.

You’re My Butter Half

Public art in Austin comes in a variety shapes, sizes, and themes. Some of the most memorable ones around town, though, provide joy and humor for their onlookers. You’re My Butter Half delivers on that front. This charming little mural adorns the side of the United Way for Greater Austin building, tucked snuggly into a quiet neighborhood in the East Side. United Way, an organization dedicated to bringing people together to fight poverty, commissioned the piece from what was formerly known as Creative Suitcase, led by designer John Rockwell.

There’s plenty of parking around this mural and not much traffic, which makes it much easier to cuddle up with your special someone and snap a cute photo.

Flanked by Native Hostel (a hostel / coffee shop / bar) and Eastend Tattoos, this mural by artist Chris Rogers serves as both a conversation piece and a call to action. The artwork was completed in the summer of 2020 and features black victims of racial violence, including Breonna Taylor, Trayvon Martin, Eric Garner, George Floyd, Tamir Rice, Mike Ramos, Ahmaud Arber, and a kneeling Colin Kaepernick in the center.

Austin murals form a significant part of the city’s heritage and legacy, and this Austin-based artist’s gorgeous work highlights some of the great accomplishments and ongoing struggles of black and brown people. Another Chris Rogers mural, this talented artist’s work appears across the city.

The mural centers around a quote from Maya Angelou, “We delight in the beauty of the butterfly, but rarely do we admit the changes it has gone through to achieve that beauty.” An assortment of famous faces adorn the wall, including Selena, James Brown, Salvador Dali, Prince, and many more.

“Tau Ceti” became Austin’s tallest public work of art in 2018. Standing at 103 feet, international mural artist Josef Kristofoletti envisioned and completed the magnificently colorful piece. It stands on the side of a parking structure in the heart of Downtown and combines elements of painting and architecture to create a breathtaking, large-scale work in this public space.

“Tau Ceti” is named after a star similar to the sun in the constellation Cetus. The artist created the colors from a single color spectrum, which means that they all come from one source and represent an entire spectrum of hues. Kristofoletti painted the entire mural by hand.

When it comes to art in public places, Austin street art tells stories. The city’s public art is proudly weird, beautiful, and memorable, and its residents recognize and appreciate that in neighborhoods all across Austin.

Move to One of Austin’s Artsy Neighborhoods

Curious to learn more about a particular Austin community before moving in? What’s the Cost of Living in Austin? What should you know before you move to ATX? Let AptAmigo help you on your journey to find the perfect abode to suit your particular needs.

About the Author
Melanie Robinson

Melanie Robinson is a writer and poet from Texas. You can learn more about her on her website.