Things to Do in Downtown Denver at Night 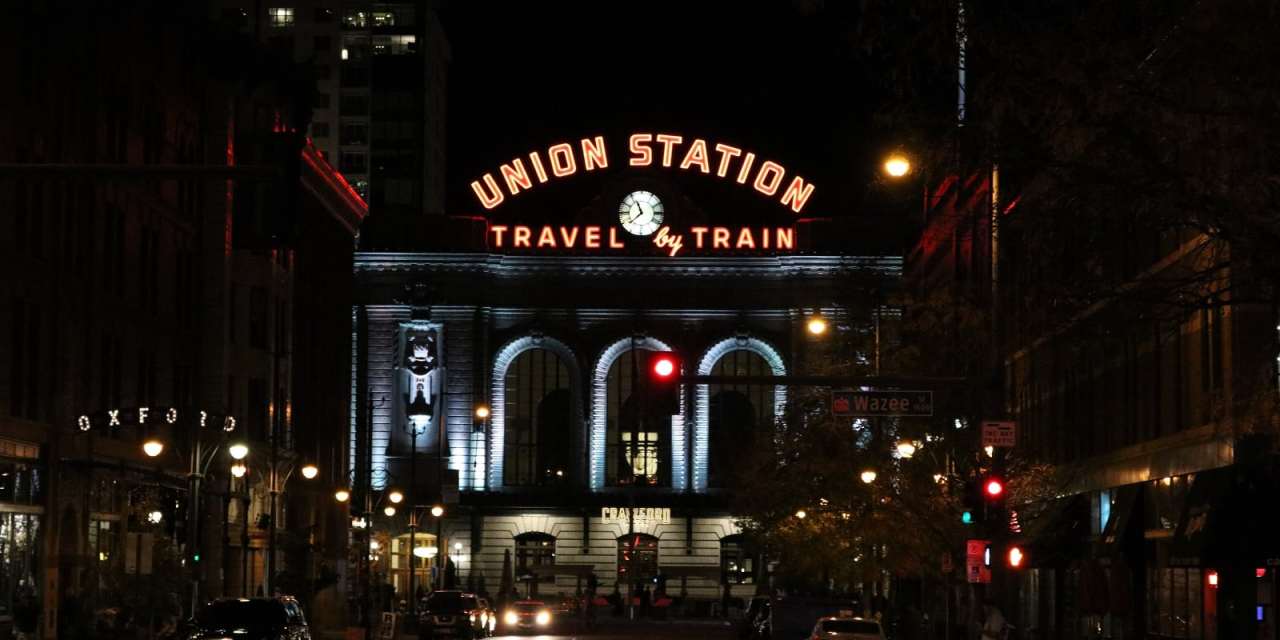 Known as the mile-high city, Denver is a town constantly appearing on lists of best places to live in the U.S. Access to the outdoors, a great beer and food scene, and clear sunny weather most of the year (while still getting all four seasons) are just a few of the reasons Denver’s population has grown by more than 100,000 people over the past decade.

But what is there to do in downtown Denver at night? Let’s take a look at the nightlife scene in downtown’s ultra urban neighborhoods. Don’t worry; that doesn’t just mean bars and breweries! There’s plenty open after dark in Colorado’s biggest city.

Cool Things to Do in Downtown Denver at Night

It’s not always easy to find attractions that are open late. But, Denver has so many cool things to do at night, whether you’re a visitor looking for excitement or a resident culture vulture.

Following in the footsteps of similar tours in Berlin and Sao Paulo, the Denver Graffiti Tour consists of a mile-long wander through the best of the city’s outdoor art scene. Led by an engaging and knowledgeable guide, the graffiti tour is a favorite with visitors, while its 3:30 p.m. happy hour option (which includes stopping for a few drinks) is a great option for work colleagues slipping out early on a Thursday or Friday afternoon. It’s not quite a nighttime activity, but at around an hour long, the tour will bring you into the evening both educated and lubricated!

Post-5:00 p.m. isn’t usually peak time for an art museum, but the Denver Art Museum runs a wide range of classes and talks for adults, many of which are organized to suit an after-work crowd. You might want to arrive before the collections close at 5:00 to take in DAM’s contemporary and historical galleries. If you’re a real art lover, you could visit right after a graffiti tour.

There’s nothing like just wandering around a city to really get to know it. Downtown Denver is beautiful, especially at night, and has been named one of the most walkable downtowns in the country. If you’re reasonably fit and mobile, you can easily visit the 16th Street Mall and beautiful Victorian Larimer Square, then finish things off in the LoDo Historic District, where you’ll find plenty of breweries to grab a refreshment and have a rest.

Places To Eat in Downtown Denver at Night

Whether you want to grab a quick bite before hitting Denver’s many bars, or are going all out on a fancy date night meal, the restaurants of downtown Denver never disappoint. Here are a few favorites.

A great place to grab a quick dinner before heading out or to soak up all that beer afterward, Super Mega Bien serves innovative Mexican tapas. It’s open until 11:00 p.m. and doesn’t take reservations, so if you rock up late, there may be a wait. But, it’ll be worth it.

Executive chef Lon Symensma’s flagship restaurant ChoLon serves elevated Asian cuisine with a sprinkling of the American West. This small plates restaurant is perfect for a long, slow dinner with a bunch of friends.

Not sure what you want for dinner? Out with a diverse group? Just really dang hungry? You should head to Denver Milk Market. With 16 food vendors, this trendy and delicious food hall in Denver’s LoDo district serves up something to delight every visitor.

Drinking and Dancing in Denver at Night

There are shows of all kinds every night of the week in Denver, with the city on many bands’ tour schedules. But, why not shake things up with some Jazz at Nocturne? Housed in an ex-industrial building, the jazz club houses artists in residence on a rotating basis, so there’s always something new and interesting to listen to while you sip a cocktail.

Treat Yourself to a Beer Spa Evening

Very Denver, and yet based on spas the husband and wife owners experienced in Eastern Europe, you can enjoy a beer bath along with all the standard day spa relaxation until 10:30 p.m. at The Beer Spa. There’s also a tap room (obviously) and other beverages available.

Ten of the 100+ breweries on Denver’s Beer Trail are in the downtown district. Many more are housed in the up-and-coming areas around downtown, like Five Points and LoDo. It would be impossible to get through them all in one night, but why not pick a few that appeal to you and create your own downtown Denver brewery tour?

Have the attractions of downtown Denver at night captured your interest? Because they’re just the tip of the iceberg. With unparalleled access to the outdoors, plenty of world-class shopping opportunities, lashings of culture, and just a little Western flair, Denver has a lot to offer. And, with lofts and condos to suit any style, it’s a great place to live. Check out AptAmigo to take the stress out of downtown Denver apartment hunting.