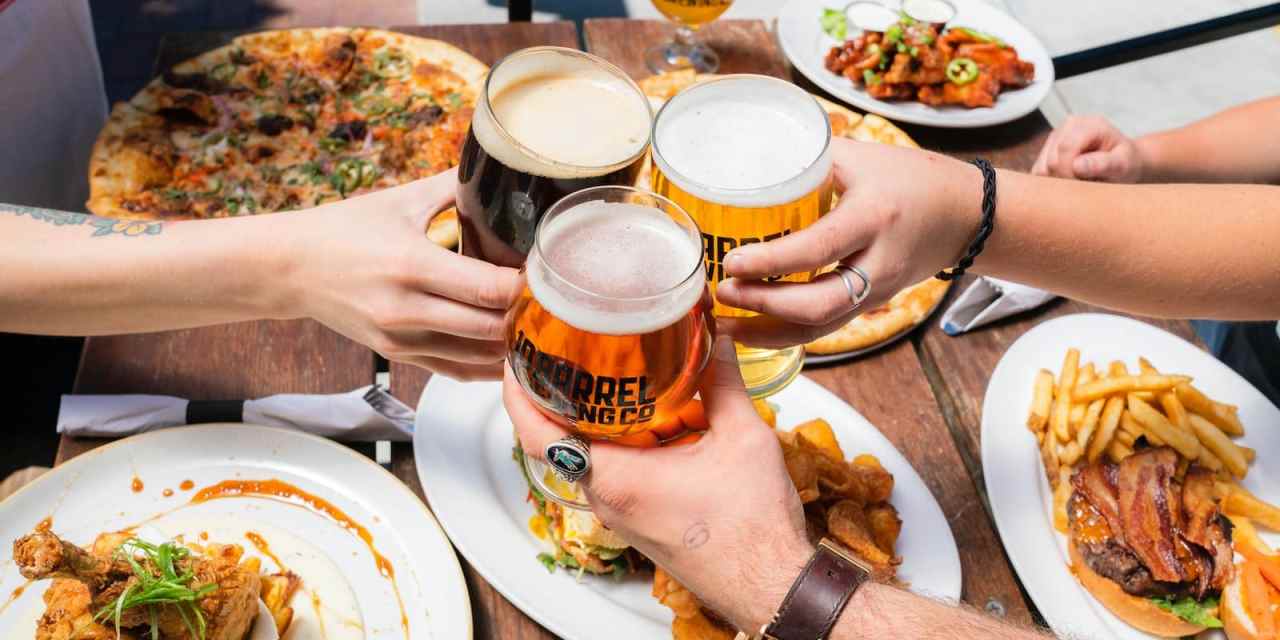 Welcome to our Exploring Atlanta Series where we cover the top spots and hidden gems in Atlanta. Follow this series to stay up to date on the hottest places in this vibrant city. We surveyed our team of locals to gather this list of the best breweries in Atlanta.

Atlanta takes its craft beer seriously, sometimes showing up in surprising places—even Historic Oakland Cemetery offers an Atlanta beer history tour a few times a year! But the best place to enjoy the city’s craft beer is always straight from the source: one of the best breweries in Atlanta.

Whether you’re a hophead, a porter fanatic or you just want a crisp, bright lager, Atlanta has plenty of options for all craft beer fans. Here are a few of the best breweries in Atlanta, according to our team of local experts.

If you love one of these breweries so much that you’re eager to find an apartment nearby, reach out to AptAmigo. We’re bringing modern apartment hunting to Atlanta. We’ll help you find your dream home right around the corner from the Atlanta spots you love the most.

The Best Craft Breweries in Atlanta

The otherworldly theme of this Midtown Atlanta brewery makes sense once you’ve tasted their beers. With names like “Transmigration of Souls,” you can bet the beer is out of this world. Orpheus Brewery is situated on the north end of Piedmont Park, right around the corner from the Atlanta Botanical Gardens. Serving up a wide range of brews with an emphasis on sours and wild barrels, there’s something for every type of beer-drinker. As all Atlanta beer fans know, there’s nothing like a cold “Atalanta” on a hot day.

The dog-friendly taproom is cozy and decked with art from local artists and creators, but it’s the patio at Orpheus— overlooking leafy, beautiful Piedmont Park— that really shines.

Not only is this one of the best breweries in Atlanta—it’s located inside a gorgeous historic building. You’ve probably spotted this highly-revered brewpub from Moreland Avenue if you’ve ever visited East Atlanta Village or Little Five Points. Set back from the busy road, Wrecking Bar is housed in a Victorian mansion that has previously served as a residence, a church, a dance studio, and an architectural salvage store. Now, you can rent the upstairs space as an event venue—but the bar downstairs is always open, and the drinks are world-class.

Drop by for the impressive rotating taps in both classic and barrel-aged styles. Stay for the atmosphere, and for the extremely good gastropub bites.

Hot tip: This is a great place to grab a brew after the Little Five Points Halloween Parade.

Founded by a former Guinness executive, one of the main attractions at this Atlanta brewery is the wide variety of different taps. The bartenders can be seen pouring a huge selection of craft brews, so there’s always something for everyone. With a cheerful, light-filled patio, a bright, friendly taproom and a huge brewhouse space filled with oversized games (think: cornhole, giant Connect Four and Jenga), Atlanta Brewing Co. is a wonderful place to laze away an evening or an afternoon.

(Hint: Look for the abandoned, red English salt mill. The brewers found it sitting in a field in the U.K. and restored it to grind grain. It’s still being used today!)

You can’t miss New Realm Brewing; you’ll probably pass right by it at some point in your Atlanta residency, given its prime spot overlooking the BeltLine’s funky and wildly popular Eastside Trail. Just around the corner from trendy Ponce City Market, New Realm serves up fresh IPAs (and other options) along with city views.

The rooftop bar is enormous, so there’s plenty of room for everyone. On warm weekends, the party sometimes spills into the surrounding area, so you don’t even have to give up the sunshine to sip on your “Hazy Like a Fox.” It’s also surrounded by many highly-acclaimed restaurants, so you’re just a quick stroll away from Instagram-worthy plates, popular local eateries, and casual tacos, too.

Wild Heaven has two locations: one in Avondale Estates (not far from Decatur), and one in the rapidly-developing craft beer district in the West End. Both spaces are industrial-yet-welcoming, dog-friendly, and often have live music— but it’s the beer that really steals the show.

Wild Heaven beers span a wide range of styles and flavor profiles. They typically adhere to European brewing styles, but with a distinctly American flair. Wild Heaven steers clear of adjunct sugars, which creates a bigger flavor without excess alcohol. It’s easy to see why it’s considered one of the best breweries in Atlanta.

There you have it, our list of the best breweries in Atlanta. We hope this guides your next brewery adventure, and we know you’ll have a blast at any of these locales. If you’re looking to find an apartment, reach out to AptAmigo and we’ll help you find the perfect place in a location you love. Just let us know what you’re looking for and we’ll take it from there!