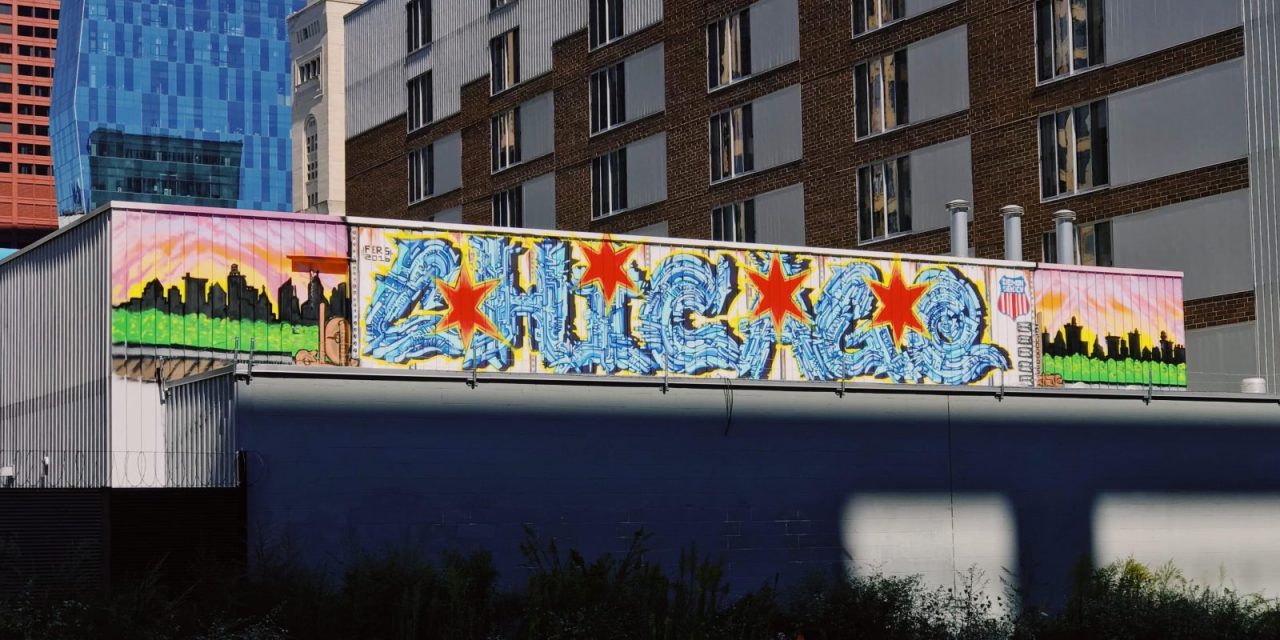 We’ve done the research, surveyed our team of locals, and put together a list of the best Chicago street art! This article is part of our Exploring Chicago Series, where we cover the best things to see, eat, and do in the Windy City. Follow this series to stay up to date on the hottest spots Chicago has to offer, like the best breweries in Chicago.

No matter where you are in this city, you probably won’t be able to go more than a couple of blocks without seeing Chicago street art. Whether it’s a new, young artist just tagging an alleyway or a curated mural that climbs up the side of a ten-story building, the city is splashed with art and color at every turn. Each neighborhood has its own heritage and history that goes into the art and brings it to life. Here are the top spots to check out in Chicago.

MUST SEE: BEST BARS IN THE SOUTH LOOP

Where to Find Chicago’s Street Art

Looking to move to Chicago so you can explore the Chicago street art scene? Reach out to AptAmigo and we will help you find your dream apartment stress-free!

If you ever find yourself in the north side of the city on a quiet afternoon, we highly recommend that you take a stroll down the Mile of Murals. A community-based art initiative located in the Rogers Park neighborhood, each section of street art is made with a specific theme in mind. Every year, a new theme is selected, ranging from “Be Happy” to its most recent, “Resilience.”

Amongst these installations, a favorite jumps out right away. The 2016 project for the Mile of Murals was a collaboration with New York’s Audubon Mural Project. Located at Greenleaf and Glenwood, they created a bird inspired mural that aims to showcase all of the birds in the Chicagoland area that are endangered due to climate change. Murals that inspire and inform are always on our list of must-sees.

A locally famous Chicago street artist named Hebru Brantley created a mural called “Respiration” in Rogers Park. Commissioned by the Rogers Park Business Alliance, this installation is tucked under the Redline tracks at Ravenswood and Pratt. Brantley is best known for his easily identifiable character of a young boy wearing goggles and posed to take off at any second named Flyboy. In a creative blend of modern pop art and Japanese anime, Flyboy always looks ready to take on the world. In the case of “Respiration,” it depicts multiple Flyboy type characters riding alongside and on top of the well-known Chicago Transit Authority trains. A captivating and quirky find!

When the average person thinks of Chicago, they picture the bustling downtown shopping centers along Michigan Avenue and the famous sculpture “Cloud Gate” otherwise known as “The Bean.” So if you find yourself feeling torn between seeing the buzz of the downtown area or perusing an art gallery, don’t fret! You can have both thanks to the Wabash Art Corridor. Otherwise known as WAC, this collection of 20+ murals covers buildings with Chicago street art over the span of 7 blocks of Wabash Street.

With most of these murals being created by collaborations between multiple artists, local galleries, the closely located Columbia Arts College, and the WAC— the amount of talent that has gone into these installations is breathtaking.

The winner of a 2014 art competition, former Columbia student Jacob Watts, got the chance to create the almighty “Moose Bubblegum Bubble.” Just like its namesake, it is a gigantic mural of a moose, blowing a bright pink bubble gum bubble. We can’t think of anything more lighthearted than this pop (!) culture meets photo-realism piece of art. Located at 33 E. Ida B. Wells Drive, there is plenty to chew on with this one.

With a similar idea as the Rogers Park mural, the piece created for WAC also speaks to our Midwestern soul. Hailing from the Netherlands, artist Collin van der Sluijs, flew west for the winter to create this beautiful homage to the Illinois’ rolling meadows. “From Doom to Bloom” depicts two birds perched on gorgeous native flowering vines that scale the side of a building at 1006 S. Michigan Ave. Both birds painted are also considered endangered species, so this mural is not only beautiful, but also reminds us of the importance of conservation.

If you’ve ever wondered where Chicago’s hipsters reside, the answer is Wicker Park. In fact, it was voted “America’s Best Hipster Neighborhood” by Forbes in 2012. So naturally, the street art located in this neighborhood is a little tricky to find. Wicker Park makes you work for it, but it is definitely worth the effort.

JC Rivera, AKA “The Bear Champ” is Wicker Park’s most recognizable artist. His rough and tumble city street bears give off a tough and tender vibe, much like many lifelong Midwesterners. The best part: if the bear’s paws make it into the mural, they always sport boxing gloves. While his bears have foraged their way to many different neighborhoods in the city, Rivera is mainly associated with Wicker Park. One example of his trademark look can be found at 1414 N. Milwaukee Avenue— a colorful swirl of wispy purple and pink clouds hold three grumpy bear heads, all with little Band-Aids on their foreheads. Try and count all of Rivera’s bears on your trek through the city!

Just a stone’s throw away from Wicker Park is its next-door neighbor, Bucktown. This neighborhood maintains that same hipster vibe, while also housing the treasure that is the “Greetings from Chicago” mural. Created by muralist Victor Ving and photographer Lisa Beggs, it is an iconic must-see for anyone visiting the Windy City! Reminiscent of an old-school postcard, this mural encases a different element of classic Chicago nostalgia within each letter. From the city skyline to the Cubs and White Sox logos, it is perfect for tourists and Chicagoans alike!

Located on Milwaukee Avenue, you can’t miss this recognizable and picturesque street art. Looking for photo spots like this? Check out our pick of the top 12 most instagrammable spots in Chicago.

A neighborhood drenched in history, Pilsen shows off its heritage through long stretches of Chicago street art along its 16th Street rail embankment, among many other locations. This neighborhood is a melting pot of culture and its murals reflect that.

Operating out of a studio in Pilsen, street artist Joseph Perez, AKA “Sentrock” has plastered his notorious bird masked character, known as the Bird City Saint, all over Chicago. This character represents freedom and empowerment and is often placed with political intention. One of his murals can be found on the side of La Catrina Café which memorializes the son of the family who owns the establishment. Most of Sentrock’s art aims to empower the community and bring light to important issues. A moving must-see!

Made by locally renowned artist Jeff Zimmerman, another installation worth seeing is “Increíbles las cosas a se ven,” or “Oh, the Things You’ll See.” This mural stretches the length of a building on 19th and Ashland. It details religious, social, and political elements of the families that live in the neighborhood. With the inspirational phrase, “Si, se puede,” which translates to, “Yes, you can,” this painting reminds anyone who sees it that anything is possible.

If you’re looking to move to this street art savvy city, Let AptAmigo make your apartment hunt as easy as possible. Reach out and let us know your lifestyle, budget, and amenity preferences and our local experts will set up a day of tours to buildings you will love. The best part? It’s completely FREE.

About the Author
Rebecca Denham

Rebecca is a freelance writer with eight years of journalism experience. She recently graduated with a BA in Communications and a minor in journalism. She currently bartends in downtown Chicago and spends her free time exploring the city and making connections.